Welcome to the Annals of Saint Anne!

The Annals of Saint Anne is published by the Shrine of Sainte-Anne-de-Beaupré, a famous Canadian pilgrimage site, whose origins go back to 1658, near the St. Lawrence River, 35 kilometres east of Québec City.

The Annals of Saint Anne, published 6 times a year, is a Popular Catholic Magazine with reflections and spirituality, news from the Shrine, culture and society, art and history. The Basilica of Sainte-Anne-de-Beaupré and its works of art are highlighted in texts and images. The magazine reaches thousands of pilgrims and friends of Good Saint Anne and the Shrine of Sainte-Anne-de-Beaupré.

The Shrine also publishes a magazine in French: Revue Sainte Anne. In 2022, we celebrate 150 years of publication.

The Revue Sainte Anne, first known as the Annales de la Bonne Sainte Anne, was founded in 1873 by Father Nazaire-Alphonse Leclerc. Since 1898, the magazine has been published by the Redemptorists, a religious community founded in Italy by Saint Alphonsus of Liguori and established in Sainte-Anne-de-Beaupré since 1878.

The Revue Sainte Anne and The Annals of Saint Anne are available in print and digital versions. 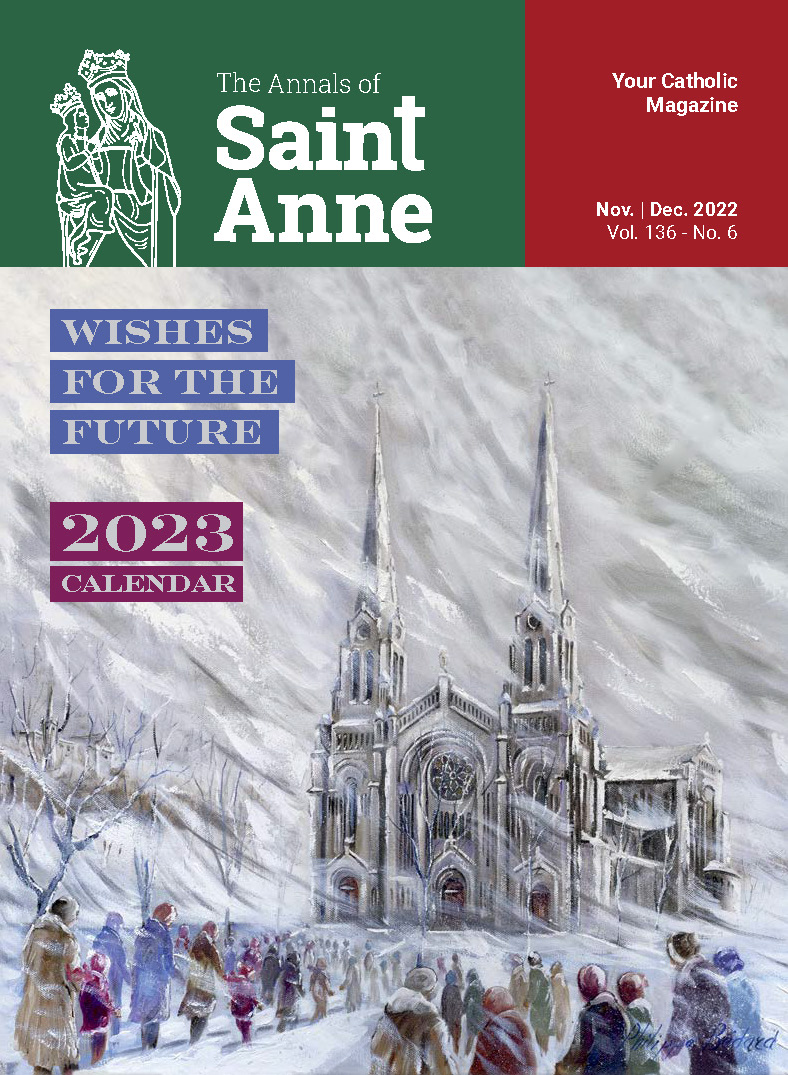 The story of the Visitation is magnificent! (Luke 1, 39-56) It presents two women blessed by the grace of God. Mary chooses to go and visit her cousin Elisabeth. She wants to be by her side, spend time with her, comfort her in her loneliness and help her. Mary has to get on the road, leaves her home and give up her routine. Elisabeth welcomes her and allows herself to be inconvenienced by her Mary’s visit. Both will discover, together, the depth of the gift made to them, which brings them closer to one another. Then, Mary will leave and return home to patiently await the birth of Jesus, the Son of God.

Someone gave me piece of advice a long time ago which has proved to be excellent (when I remember to put it into practice!) I was told, “If you want to enjoy a truly rich conversation, try asking questions instead of always talking about yourself and giving your opinion.” Jesus was known as a teacher. People came from near and far to listen and to learn from Him. They memorized His words and set them down for the following generations to read and remember them. His parables, His short sayings and His longer speeches all contain wisdom and truth which is more than relevant for our world today. 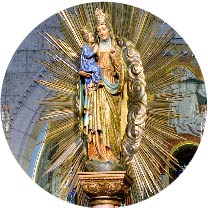 At the Annals, we are convinced that it is essential to nurture our faith in many ways, and we believe that the testimonies of favors obtained and answered prayers are powerful vehicles for the transport of faith and hope. That is why we are happy to start publishing your testimonials of favors from St. Anne. Today, we present you with the testimony of an extraordinary favor

Questions About Our Faith 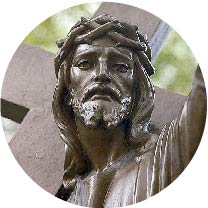 I have answered about 1500 questions concerning faith. My answers have been approved by my religious superiors and many were published in two volumes entitled Christian Answers to your Questions. They express God’s Word and the wisdom of the Catholic Church. Here they are.

I am happy to travel life journey with you!