Light a Votive Candle
INFORMATION - CORONAVIRUS (COVID-19)
The bells of the Basilica will ring on Sunday March 29 with all the Churches of the Dioceases of Québec and Montréal.
The Basilica and many services are CLOSED until further notice.
Certain services remain AVAILABLE BY PHONE AND INTERNET.
The televised Mass is broadcasted:
- LIVE on our web site of the Shrine from 6:30 a.m. to 7:30 a.m.
- REBROADCASTING on our Vimeo channel

We invite you to follow all the Easter Triduum Celebrations LIVE from the Shrine ...

We invite you to follow all the Easter Triduum Celebrations LIVE from the Shrine ...

Pray in order to contain the Coronavirus pandemic

The Shrine invites you to pray in order to contain the Coronavirus pandemic...

Without a doubt, the Shrine is what it is today thanks to Good Saint Anne and to the great generosity of the pilgrims. 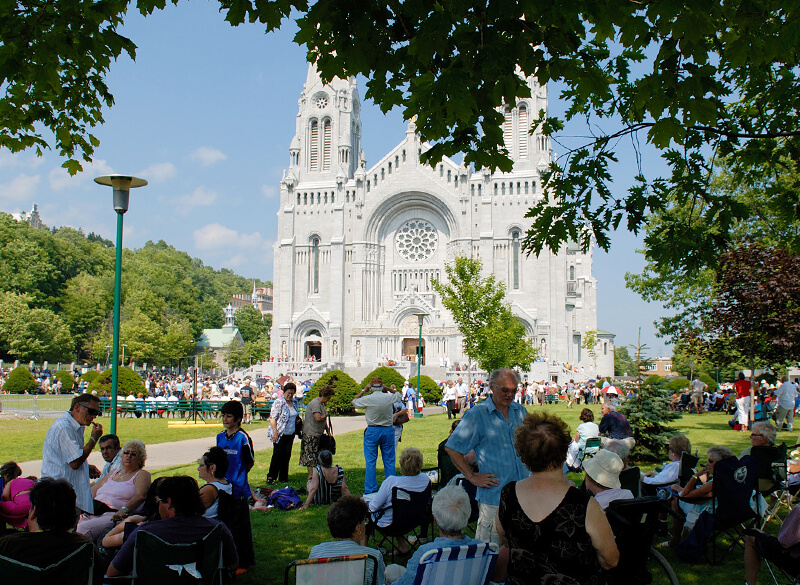 The Secretariat of the Shrine is the link between pilgrims, group organizers, tour operators, benefactors and other departments at the Shrine. 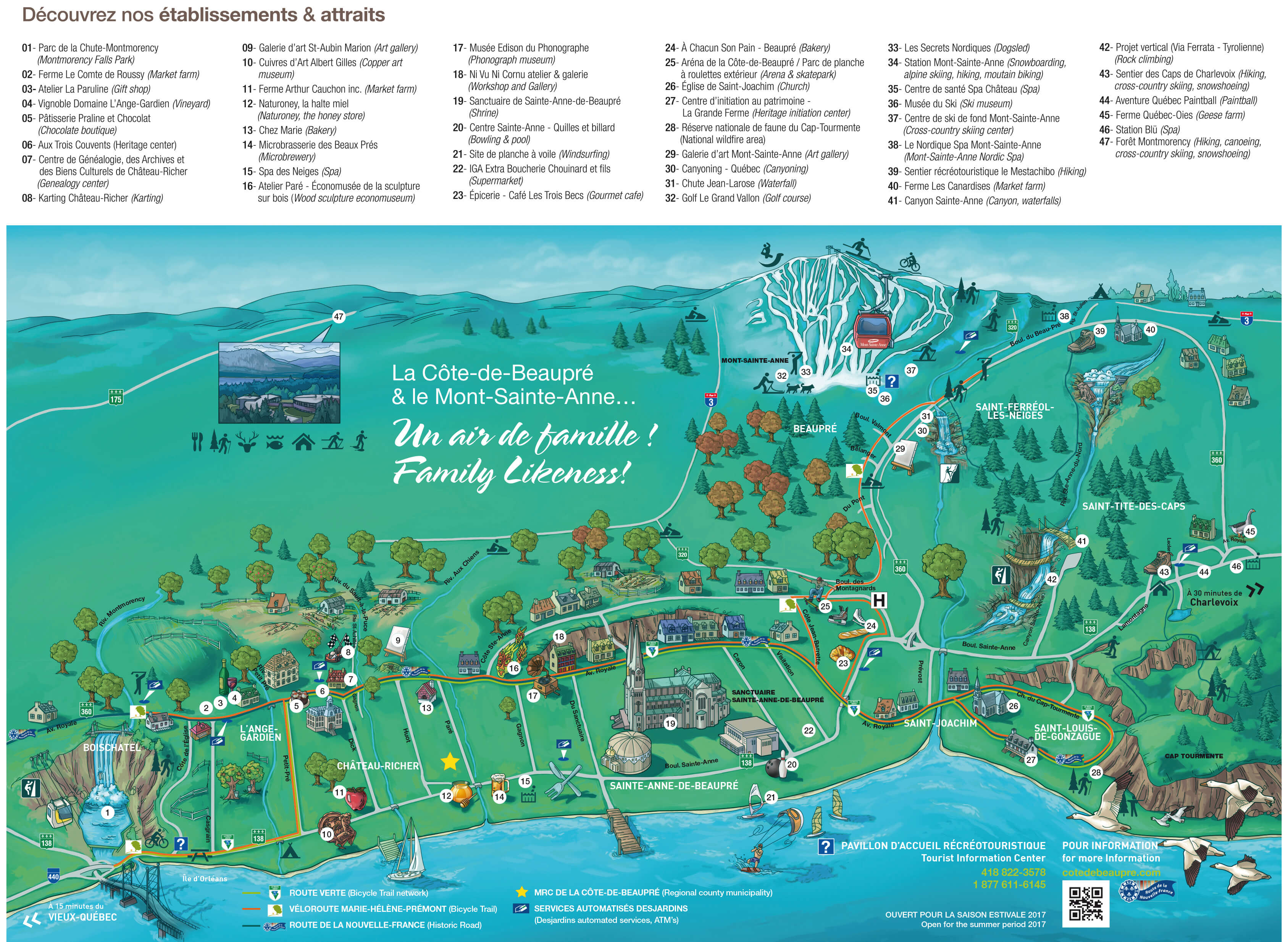 At the doors of Old Quebec, the Côte-de-Beaupré reveals its rich landscapes alongside the St. Lawrence River, Montmorency Falls at Mont-Sainte-Anne, and on to Cap Tourmente. 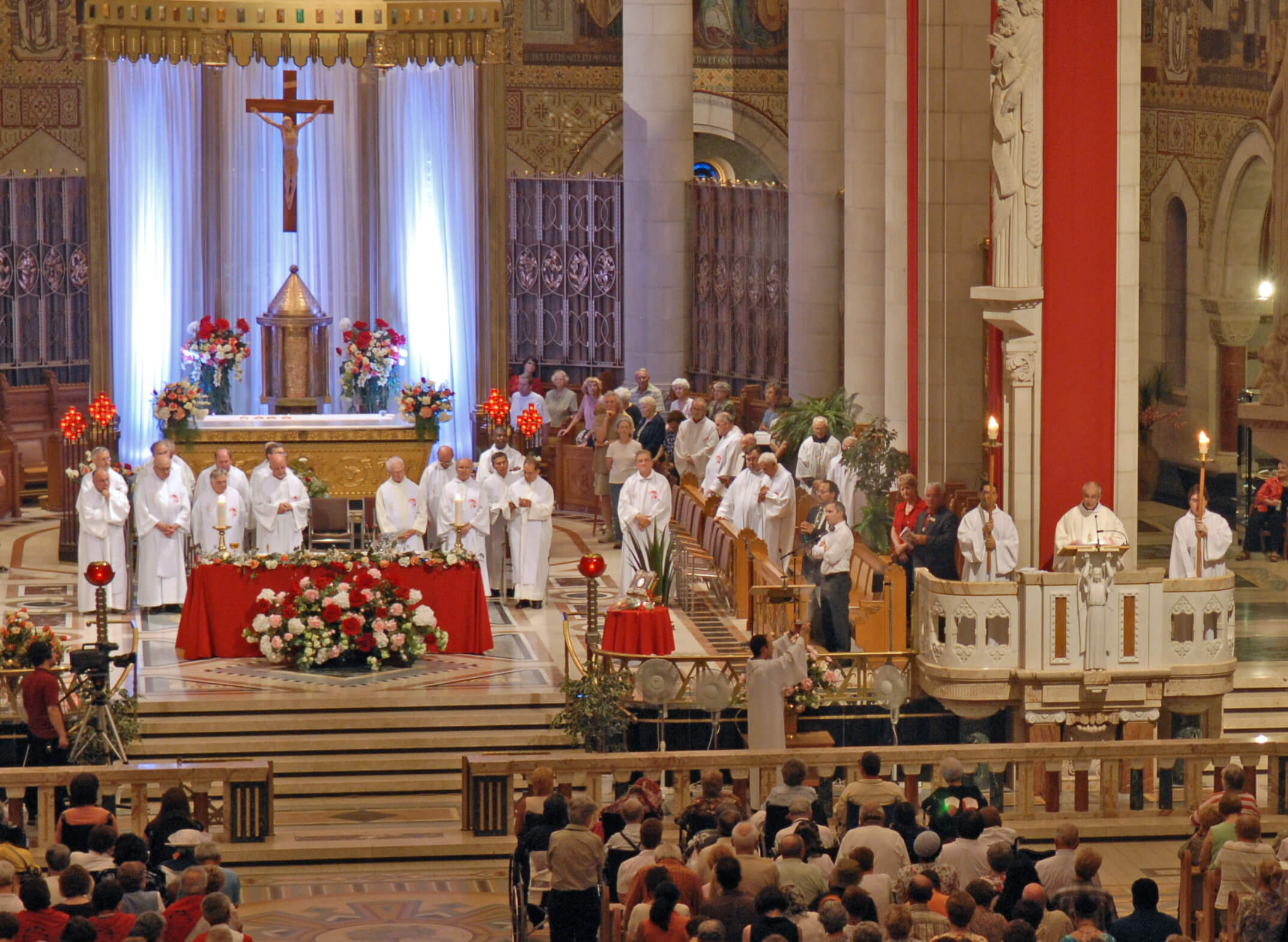 Come live the Novena and the Feast Day of Saint Anne from July 17 to 26...

Paintings, mosaics, stained glass windows, stone and wooden sculptures reveal the extraordinary beauty and history of the Shrine, and the important role that it continues to play in the faith of the people.

Historically speaking, we know very little about Saint Anne. The Bible says nothing about her, whereas other writings that circulated in the early Church speak about her at great length.

As the days and the seasons go by, we are always in search of something. Simple and great moments of happiness follow one another continuously in life. But to find these simple moments of happiness, gentleness and kindness, it takes a heart that is open and hands that are ready to reach out and help. We must learn to listen to today and forget about the past? As the beautiful hymn by French composer Jean-Louis Dervout says: “For love to reign on earth, it must first reign in our hearts! ... To create happiness, you need a heart that is giving and sharing without counting joy and riches! To create happiness, you need a simple heart whose greatest treasure is the love of its brothers and sisters.”

Father Bernard Mercier was born in Saint Romuald, Quebec in 1922. He was the son of a sculptor, whose artistic talent contributed to the design and construction of the capitals in the Basilica. He professed religious vows in 1943 and was ordained to the priesthood in 1949. At the Redemptorist Formation House in Aylmer, Quebec, he was a professor of physics and financial administrator. In September 1961, Father Mercier arrived at the Annals. With skill, patience and rigor, he initiated many changes to upgrade the work at the Annals whose main focus was to promote the Shrine. Father Mercier realized that the Annals also had to be a Christian family magazine where readers could relate more easily to it and recognize themselves in it.